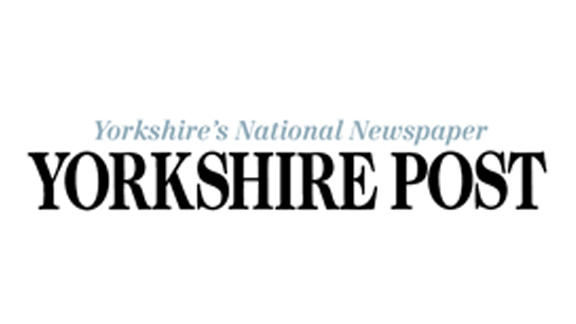 Doctors could be given the right to help terminally-ill people to die, under proposals in an influential report published today.

Adults who are likely to have less than a year left to live may be given the chance to ask their doctor for a dose of medication that would end their life, the year-long Commission on Assisted Dying said.

Yorkshire campaigner Debbie Purdy said last night she now wants to see the proposals made legally available within the next three months.

The Commission, chaired by Lord Falconer, said stringent safeguards must be in place to protect those who might not have the mental capacity to make such a choice, or who might be clinical depressed or experiencing pressure from friends or relatives.

Bradford campaigner Debbie Purdy said it was a “no-brainer” that the law should be changed as soon as possible. She said ministers would be “cowards” if they ignored the report.

“The Falconer report is excellent. If ministers don’t put it into law in the next three months I think they are cowards and failing their constituents.

“We need to have a change in the law for those who are terminally ill. To force someone to live out the last few months of their lives regardless of whatever excruciating pain they might be in is unfair,” she said.

But Ms Purdy, 48, who has multiple scleroris, also acknowledged that issues surrounding cases such as her own required further discussion. Changing the law for people who have incurable conditions who may come to find life unbearable is a more complex issue, she said.

The commission said that, under their proposals, a terminally-ill person would need to be able to take the medication themselves, as a clear sign their actions were voluntary.

The findings angered campaigners against a change in the law who have warned that it would risk increasing the pressure on vulnerable people to end their lives out of fear they might become a burden for others.

The Care not Killing alliance warned a law change could lead to around 13,000 deaths a year but Sarah Wootton, chief executive of Dignity in Dying, said she hoped the committee’s recommendations would “form the foundation of future legislative change”.

Since new guidelines for prosecutors in assisted suicide cases were brought in in February 2010 – following determined campaigning by Ms Purdy – anyone acting with compassion to help end the life of someone who has decided they cannot go on is unlikely to face criminal charges.

But assisted suicide remains a criminal offence in England and Wales, punishable by up to 14 years in prison, and individual decisions on prosecution will be made on the circumstances in each case. The commission called for Parliament to consider developing a new legal framework for assisted dying, saying that the “current legal status of assisted suicide is inadequate, incoherent and should not continue”.

But the sensitive ethics surrounding the issue were underlined by one member of the 11-strong commission, the Reverend Canon Dr James Woodward, who said he was unable to back its majority decision, saying it was not the right time to consider changing the law until a greater ethical, moral and social consensus had been generated on the issue.

Canon Woodward said: “I believe that a broader societal debate is required before any attempt is made to move to a change in the law on assisted dying.

“As a society we need to bring all our collective wisdom to bear on these questions in an open and honest fashion.”

The commission also called for the Government to improve the quality of all end-of-life care and ensure that terminally-ill people were fully informed of all treatment options available.

Under the proposals, the process of assisted dying would involve the assessment, advice, support and independent judgments of two independent doctors, with support from other health and social care professionals where necessary.

In September it emerged that of more than 40 cases considered by prosecutors since the new guidelines were brought in, no-one has been prosecuted.

David Cameron has previously signalled his opposition to changing the law on assisted suicide but the Ministry of Justice said MPs would be given a free vote if the issue comes before parliament.

A Department of Health spokeswoman said: “We are committed to improving the quality and choice in palliative and end of life care wherever it is provided.

“That’s why we are pushing ahead with our end of life care strategy and developing a new funding system for palliative care which will help improve the care people receive.”

One thought on “The Commission on Assisted Dying – news reports”