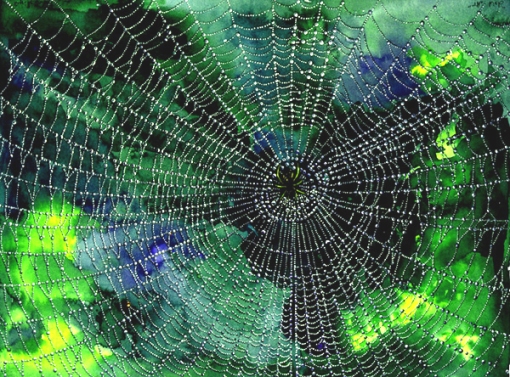 Buddhism uses a similar image to describe the interconnectedness of all phenomena. It is called Indra’s Net. When Indra fashioned the world, he made it as a web, and at every knot in the web is tied a pearl. Everything that exists, or has ever existed, every idea that can be thought about, every datum that is true—every dharma, in the language of Indian philosophy—is a pearl in Indra’s net. Not only is every pearl tied to every other pearl by virtue of the web on which they hang, but on the surface of every pearl is reflected every other jewel on the net. Everything that exists in Indra’s web implies all else that exists.