This comes from the pen of Bruce Anderson and is published in the Independent on 3rd of August 2009. I think it deserves reflection and conversation. 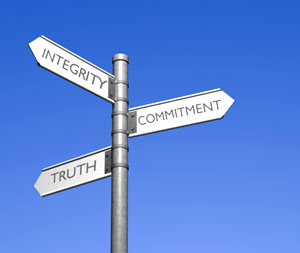 Death is often messy. The same is now true of aspects of the law relating to death. To assist in a suicide – including one in which death would take place abroad – is a criminal offence punishable by up to 14 years in prison. Yet those who have had dealings with Dignitas in Switzerland have not been prosecuted. The authorities are as reluctant to charge them as juries would be to convict them. The law lords have now declared that this is unsatisfactory and that matters must be clarified; individuals are entitled to know where they stand.

It is easier to state that principle than to put it into practice. The debate on assisted suicide did not create the uncertainty. It merely highlighted it. When it comes to individual rights and behaviour, the law is adrift, for two basic reasons. First, there has been a breakdown in the relationship between our legal code and Christian morality. Second, it is not clear when, or why, the state is entitled to regulate the private behaviour of adults.

England was never a theocracy. But over the centuries, the criminal law reinforced theology, imposing pains and penalties on those who broke the Church’s rules. Until the 1960s, the laws on abortion, divorce and homosexuality all reflected Christian doctrine. Then everything changed. Today, we have a largely post-Christian criminal code. Inasmuch as there are echoes of the Ten Commandments, as on murder and theft, these simply reflect the legal norms of any civilised society. Assisted suicide is one exception. Clearly, any Christian must regard suicide as a sin. It is a blasphemy for man to encroach on the prerogatives of his Creator. But how can a state prepared to tolerate almost 200,000 abortions a year possibly object to a handful of suicides, who were at least exercising their free choice?

As long as it was a free choice. Anyone but the most unleavened libertarian would agree that a civilised state has a duty to protect the vulnerable (though not, it seems, foetuses: the most vulnerable of all). Those who are considering suicide are likely to be vulnerable. If any change in the law is contemplated, there would need to be safeguards to ensure that those who wish to be helped to die are of sound mind and a settled disposition, which they have arrived at voluntarily and without being coerced in any way. So we might conclude that the state is entitled to protect the rights of the potential suicide, while ultimately conceding his right to decide his own departure date.

Set down in cold print – cold being the word – that proposition might arouse alarm. A lot of people, whose residual Christianity has declined to a trite superstition with no more intellectual content than the astrology column, will still feel unhappy. They might even reach for the word sacred. They are entitled to do so. If God did not create man, then man created God. Christian ethics – and Christian aesthetics – express mankind’s noblest impulses, including the belief that life is sacred (and life needs all the help it can get). So a refrigerated review of the bureaucratic arrangements necessary to ensure that a suicide’s papers were in order might strike many people as a sophisticated reversion to the ethics of the jungle.

Any such reaction is mere squeamishness, which would be more usefully deployed on the abortion figures. If you believe that the law of England should be based on Christian morality, you are entitled to argue that the current law should be enforced. But even if you had your way, you would find that squeamishness had changed sides, and that jurymen who found the general principle repugnant were still determined to act on it. Given the general temper of our laws and our society, there are no grounds for criminalising assisted suicide with safeguards – and even devout Christians should ask themselves a question. Whom would the Christ of the New Testament find it easier to forgive: Sir Edward and Lady Downes, or a doctor who kills foetuses in industrial quantities?

Apropos of questions, the suicide debate raises a basic one. If God does not own us, who does? There would appear to be two claimants: the state, and ourselves. Although the thought of being owned by the state might seem excessively Germanic, any effective modern state must have the right to regulate the behaviour of its citizens, and charge them a great deal for doing so. But where does this end? Are we the state’s livestock? If not, why are governments entitled to prohibit certain drugs?

It is possible to construct a case for prohibition that might claim to navigate a middle passage between livestockism and libertarianism. Few of us wish to live an a society in which decadence is unrestrained. So why take the risk of legalising drugs, when there are enough social ills to cope with already? Reinforced by the political hazards of advocating change, that is a fair summary of many politicians’ views on the matter. But even if it sounds realistic, it is not intellectually rigorous.

If we are worried about decadence, what about the cretinising effect of watching television for hours and hours, day after day? What about the many schools which, despite considerable receipts from the taxpayer, have given up the attempt to pass on values, culture or a knowledge of Britishness? Above all, what about the disintegration of the family? Could it be that the battle against drugs is only a displacement activity, especially as we seem to be losing it?

The arguments are finely balanced. But that brings us to another problem. There is no argument. The level of moral debate in modern Britain is pathetically, contemptibly low. That is another undeniable sign of decadence, and we should all be ashamed. This applies a fortiori to the churches, which should be taking the lead. Instead, they appear to be suffering from a collapse of intellectual and theological self-confidence. That is especially true of the Church of England, which has ceased to offer any coherent moral leadership.

Rowan Williams, the Archbishop of Canterbury, is said to be clever. The main evidence for this is his ability to dress up accessible thoughts in incomprehensible prose. Not many years ago, if a question such as attempted suicide had arisen, everyone would have wanted to know what the Archbishop thought. Now, no one is interested, and he is probably too busy anyway, writing another speech about homosexual clergy. He must be the most ineffective Archbishop of all time. Under his lack of leadership, his Church is giggling its way to oblivion.

Other sources of moral guidance must be found. The Roman Catholics have a difficulty: their version of the homosexual imbroglio is still causing difficulties and undermining their self-confidence. Jonathan Sacks, the Chief Rabbi, is an impressive figure, though less good at publicising himself than his predecessor, Lord Jakobovits. If it had not been for a couple of millennia of disputes, Margaret Thatcher would have loved to make him Archbishop of Canterbury.

But even if the Anglicans were in better shape, the churchmen cannot do everything, while too many philosophers are solely concerned with the meaning of meaning. If one wants to find contemporary intellectuals who are capable of addressing the big ethical questions, the best source is the judiciary. We need a Royal Commission, chaired by the retiring senior law lord, Tom Bingham.