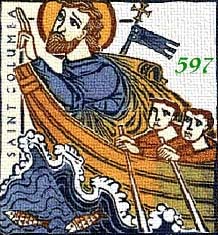 Of all the Dark Age Scottish saints, Columba is the most spectacular star. In 563 AD Columba left Ireland and settled with the Gaels of Dál Riata, where he was granted the Island of Iona to found his monastery.

For the Gaelic warrior kings, Columba was a useful asset. His monastery provided education for their sons, he was a close advisor to the king, and he served as a diplomat to the king’s neighbours in Pictland and Ireland. Columba’s blessing was treasured by kings – a powerful symbol of their authority, and, in return for Columba’s support, the Gaels gave the monastery land and protection.

Columba died in 597, but his monastery’s influence continued to grow, leading to the foundation of new monasteries in Ireland and as far away as
Lindisfarne in Northumbria. In Pictland, Columban monks began to spread the word of Christianity in the seventh century.

Iona faced competition from other Irish monastic missions, however, and their religious power was not absolute. St Mael Rhuba at Applecross or St Donnan, who was martyred on the Isle of Eigg, were also contenders as early spiritual leaders of the Church.

Columba himself would have remained an enigmatic and little-known figure were it not for Adomnán, the ninth Abbot of Iona, and his book, the Vita Colum Cille (Life of Columba), which ensured that the saint’s reputation eclipsed that of the other Scottish saints and spread Iona’s fame across Christendom.

Pilgrimage to Iona increased: kings wished to be buried near to Columba, and a network of Celtic high crosses and processional routes developed
around his shrine. At its zenith Iona produced The Book of Kells, a masterpiece of Dark Age European art. Shortly after however, in 794 AD, the Vikings descended on Iona, and, within 50 years, they had extinguished the light which had been Iona. Columba’s relics were finally removed in 849 AD and divided between Alba and Ireland. 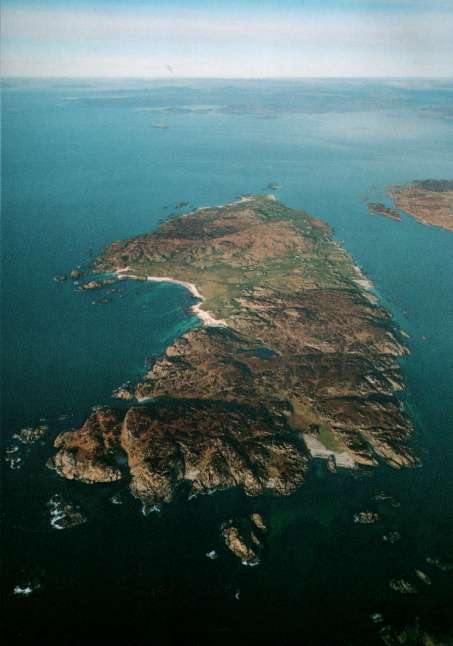