There are many interesting features of living in a castle – and one of them is the guard change! 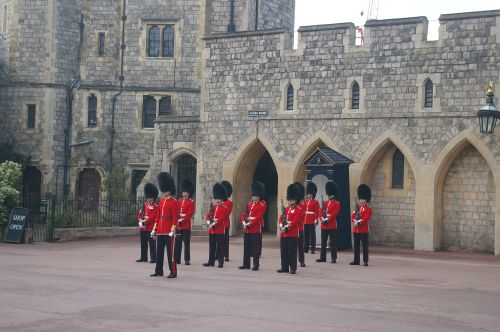 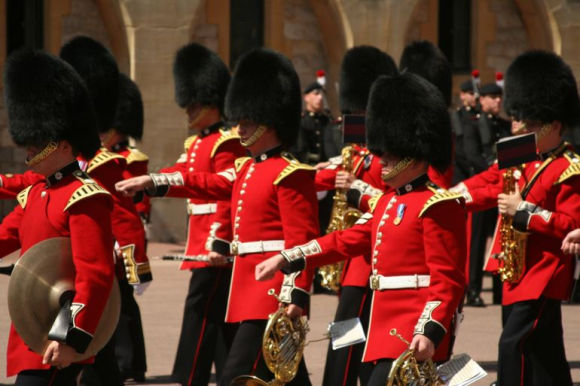 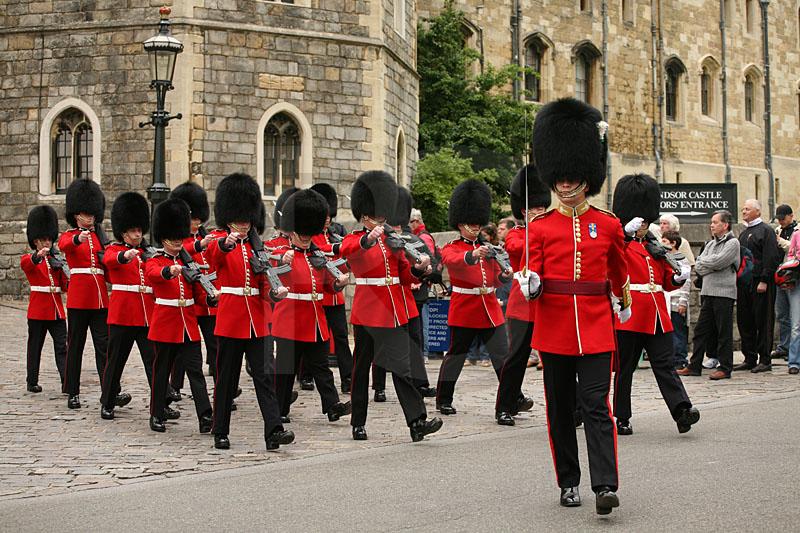 Changing the Guard or Guard Mounting is the process involving a new guard exchanging duty with the old guard.

When Guardsmen are on duty, the soldiers are drawn from one of the five regiments of Foot Guards in the British Army: the Scots Guards, the Irish Guards, the Welsh Guards, the Grenadier Guards and the Coldstream Guards.

The five Regiments may be recognised as follows:

The handover is accompanied by a Guards band. The music played ranges from traditional military marches to songs from films and musicals and even familiar pop songs.

When The Queen is in residence, there are four sentries at the front of the building. When she is away there are two.

The Queen’s Guard usually consists of Foot Guards in their full-dress uniform of red tunics and bearskins. If they have operational commitments, other infantry units take part instead.

Units from Commonwealth realms occasionally take turn in Guard Mounting. In May 1998, Canadian soldiers from Princess Patricia’s Canadian Light Infantry mounted guard at Buckingham Palace for the first time since the Coronation in 1953.

At Windsor Castle, the ceremony takes place at 11.00 am. For most of the year Guard Mounting takes place on alternate dates, but it is held daily (except Sundays) from April to July.

There is no Guard Mounting in very wet weather.