Baddesley Clinton , is a moated manor house, located just north  of Warwick ; the house was probably established during the 13th century when large areas of the Forest of Arden were cleared and eventually converted to farmland. The site is a Scheduled Ancient Monument and the Hall is a Grade I listed building. 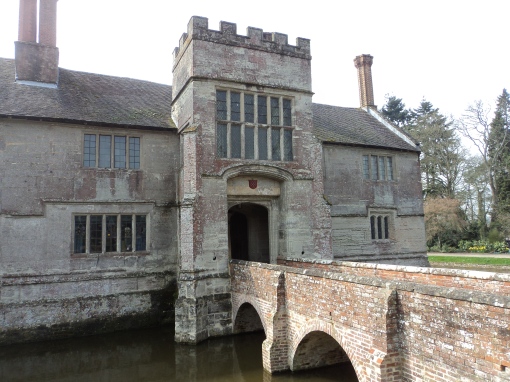 In 1438, John Brome, Under-Treasurer of England, bought the manor, which passed to his son, Nicholas. Nicholas was responsible for the extensive rebuilding of the nearby parish church dedicated to Saint Michael, done as penance for killing the parish priest, a murder reputed to have taken place in the great house itself. The house from this period was equipped with gun-ports, and possibly a drawbridge. When Nicholas Brome died in 1517, the house passed to his daughter, who married Sir Edward Ferrers, High Sheriff of Warwickshire, in 1500. The house remained in the ownership of the Ferrers family until 1940 when it was purchased by Thomas Walker, a relative of the family who changed his name to Ferrers. His son, who inherited it in 1970, sold the estate in 1980 to the National Trust, who now manage it.

Henry Ferrers “The Antiquary” (1549–1633) made many additions to Baddesley Clinton, including starting the tradition of stained glass representing the family’s coat of arms. Such glass now appears in many of the public rooms in the house. It is thought that he was responsible for building the great hall. In the 18th century the great hall was rebuilt in brick, and the east range was extended, though with great care to continue the style of the original building. 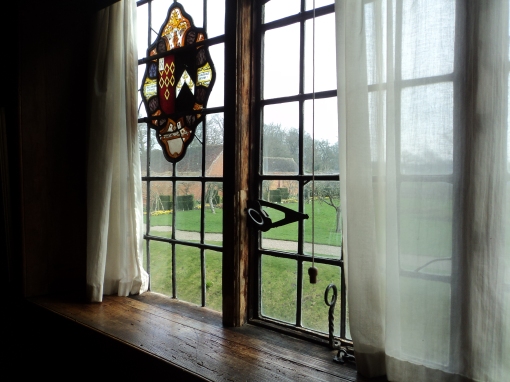 The house was inhabited in the 1860s by the novelists Lady Chatterton and her second husband Edward Heneage Dering, both of whom converted to Catholicism. The house’s Catholic chapel was rebuilt, along with a general refurbishment of the house. Major interior changes took place up until the 1940s, with the first floor outside the chapel being completely altered. The house as it now exists has extensive formal gardens and ponds, with many of the farm buildings dating back to the 18th century. St. Michael’s church, which shares much history with the house is just a few hundred yards up a lane. Inside the house are a beautiful great hall, parlour and library, amongst other rooms, and there is a great deal of 16th century carving and furniture to be seen, as well as the 19th century accessories the later inhabitants used.