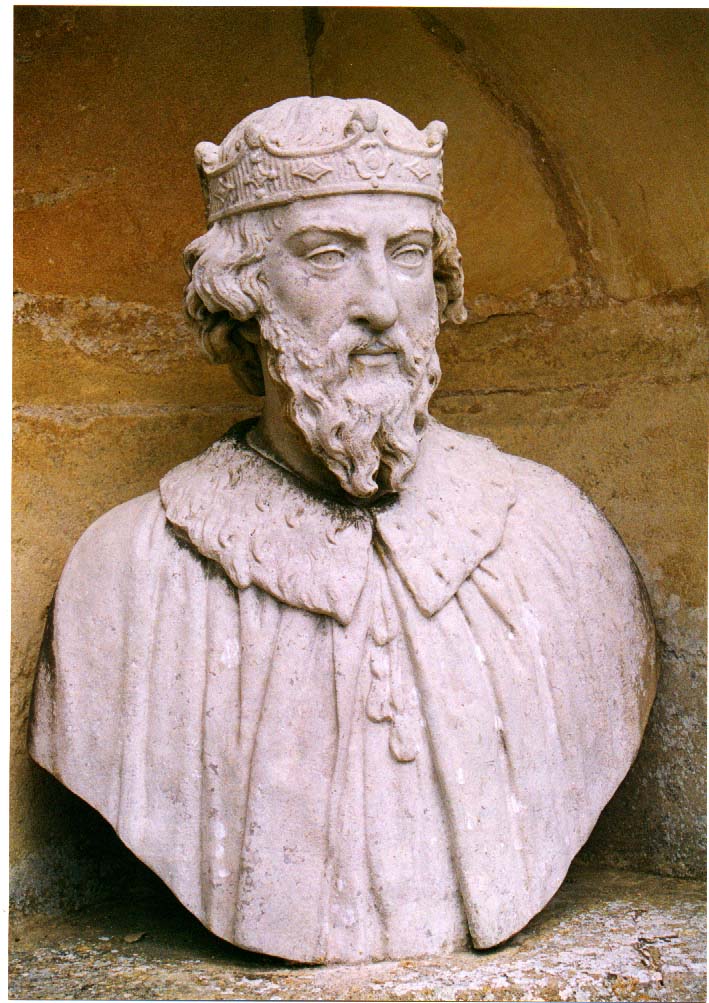 King of the southern Anglo-Saxon kingdom of Wessex and one of the outstanding figures of English history, as much for his social and educational reforms as for his military successes against the Danes. He is the only English monarch known as ‘the Great’.

Alfred was born at Wantage in Oxfordshire in 849, fourth or fifth son of Aethelwulf, king of the West Saxons. Following the wishes of their father, the sons succeeded to the kingship in turn. At a time when the country was under threat from Danish raids, this was aimed at preventing a child inheriting the throne with the related weaknesses in leadership. In 870 the Danes attacked the only remaining independent Anglo-Saxon kingdom, Wessex, whose forces were commanded by Alfred’s older brother, King Aethelred and Alfred himself.

In 871, Alfred defeated the Danes at the Battle of Ashdown in Berkshire. The following year, he succeeded his brother as king. Despite his success at Ashdown, the Danes continued to devastate Wessex and Alfred was forced to withdraw to the Somerset marshes, where he continued guerrilla warfare against his enemies. In 878, he again defeated the Danes in the Battle of Edington. They made peace and Guthrum, their king, was baptised with Alfred as his sponsor. In 886, Alfred negotiated a treaty with the Danes. England was divided, with the north and the east (between the Rivers Thames and Tees) declared to be Danish territory – later known as the ‘Danelaw’. Alfred therefore gained control of areas of West Mercia and Kent which had been beyond the boundaries of Wessex.

Alfred built up the defences of his kingdom to ensure that it was not threatened by the Danes again. He reorganised his army and built a series of well-defended settlements across southern England. He also established a navy for use against the Danish raiders who continued to harass the coast.

As an administrator Alfred advocated justice and order and established a code of laws and a reformed coinage. He had a strong belief in the importance of education and learnt Latin in his late thirties. He then arranged, and himself took part in, the translation of books from Latin to Anglo-Saxon.

By the 890s, Alfred’s charters and coinage were referring to him as ‘king of the English’. He died in October 899 and was buried at his capital city of Winchester